It can be a huge amount of fun to race a Supercar in Grand Theft Auto 5. Of all the classes in the game, this is the one with the top speeds and most stylish looking cars. No wonder it is the most popular class for people to race. Here we will give you our recommendations for the top Supercars. If you are confused by all the vehicle choices (more than 400 in total in the game), and not sure where you should invest your time and precious GTA V online cash, then read on.

What you want to find is the car that will give you the best chance of winning the most races. Of course, knowing you are racing the fastest car out there feels great, but it certainly isn’t going to be the only thing to think about. What you want is the most efficient overall choice, one you will enjoy driving and can win with. Sometimes the best car may depend on how you drive and specific cars might are better suited to a specific type of track. 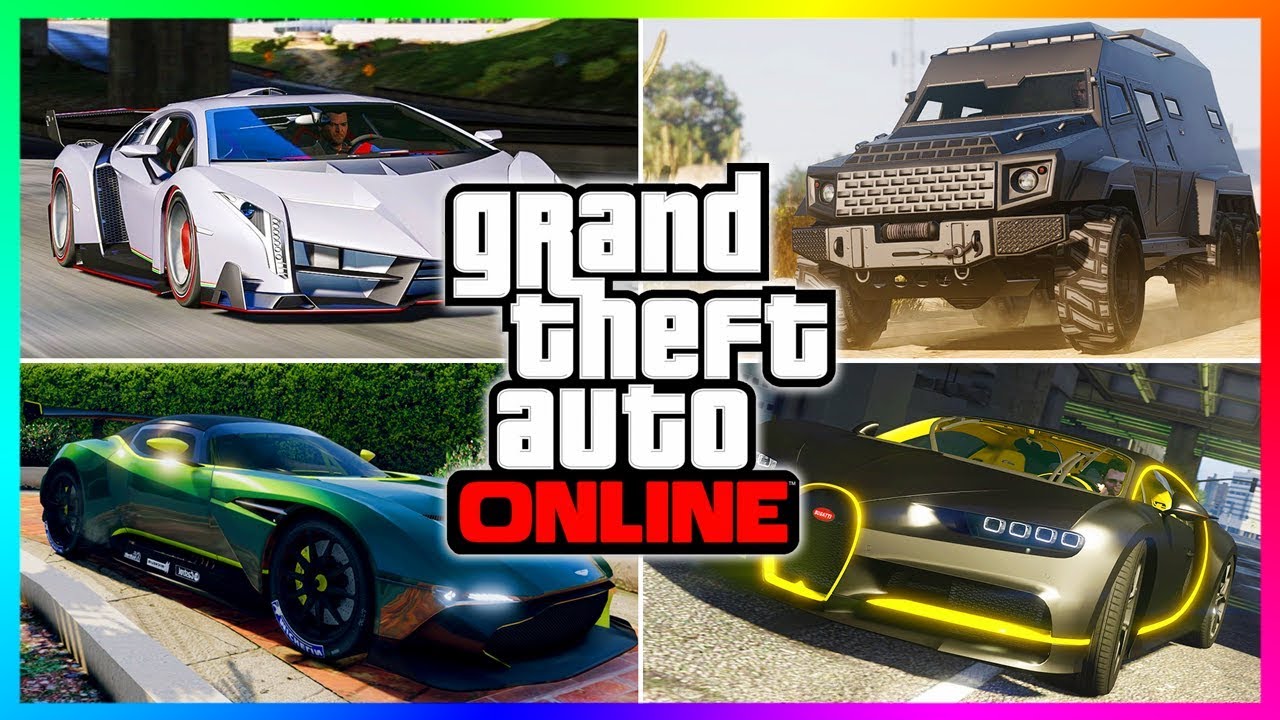 Let’s take moment to think about what might be some of the key points to consider in choosing a Supercar. These factors are all important in your decision, and what we have thought about putting this list together.

Of course! But, it isn’t as simple as it first looks. Fastest top speed in straight line sounds impressive (it’s the Pfister 811 btw), but that isn’t going to win you any races in a car that has very poor handling around corners or sluggish acceleration. There is no clear best way to say what is the fastest car – despite the lists of Supercar top speeds that are always floating around.

As you can see from the testing over at PC Gamer, the supercars with the top speed, generally were not the same cars that had the best lap speeds. To achieve a good lap speed on a typical GTA circuit, braking, cornering, and acceleration are also all important factors.

Even the best drivers will benefit from a car that is simply easier to handle – it is better for achieving consistently good results. Good acceleration helps a lot, and cars which rely a lot on skillful diving to maximize cornering speeds to achieve overall good results, are a bit trickier.

Weight does not directly affect performance in GTA, but it is important in crashes, which makes it important in race situations. Basically, when two cars collide the heavier car will come out better. This can make a difference when you are up against an aggressive opponent who wants to try to take you out of the race.

Cost is an important factor. You will be overall better in seeking the cars which offer better value for your money. So, with all that in mind, these are the best cars in the GTA V online Supercar class to win races with.

The Vagner stands out as the best overall Supercar – it is a fantastic car that performs well and dominates on the track. It has a pretty impressive top speed of 126.75 mph but also performs super well in lap times. It is going to take some time investment to master, but it is totally worth it to race with. For overall speed and cornering it is great.

The Vagner should absolutely be at the top of your shopping list. There is no other car which comes close in terms of performance and of value for money. If you are only buying one Supercar, it has to be this one. 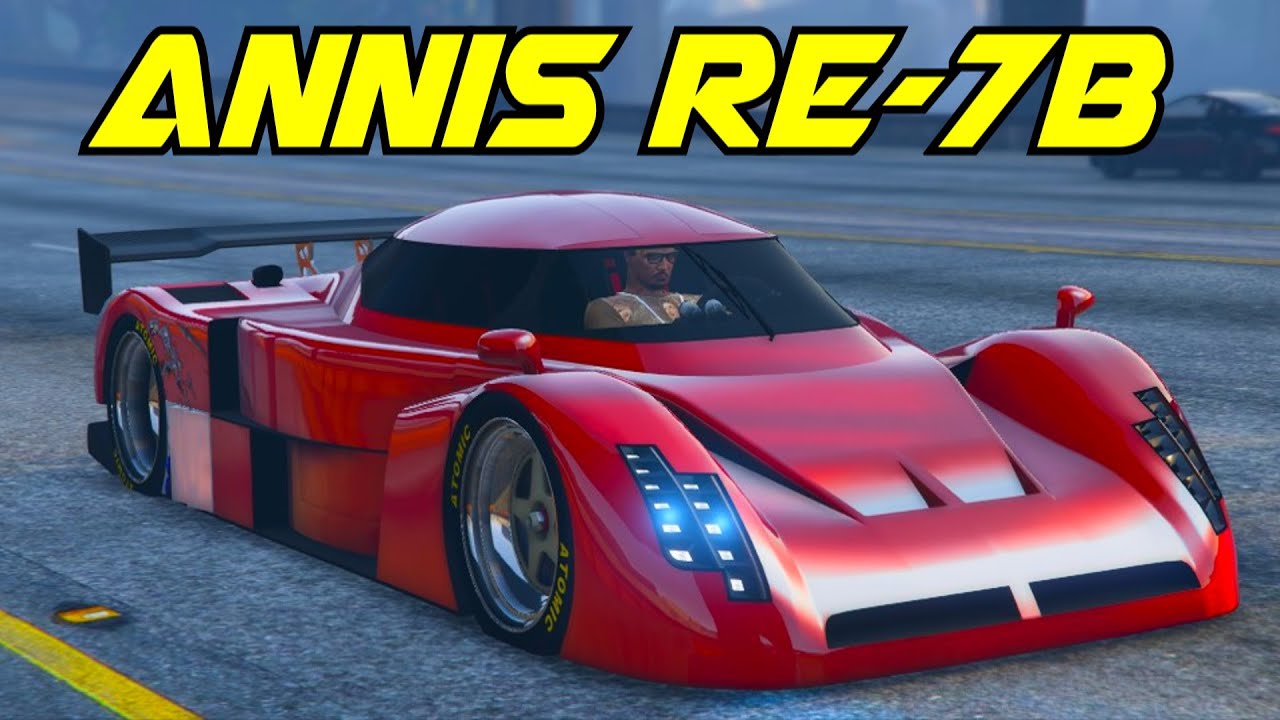 This light two-door Supercar was launched during the Cunning Stunts update, used to be the fastest car in the game. It is still an overall good selection and does reasonably well in stunt races. The RE-7B’s top speed is 123.5mph, which is 9th of the Supercars, but PC Gamer has it in 2nd place in its lap time tests. And, we did say it was light – coming in at only 880kg weight – the lightest-in-class. 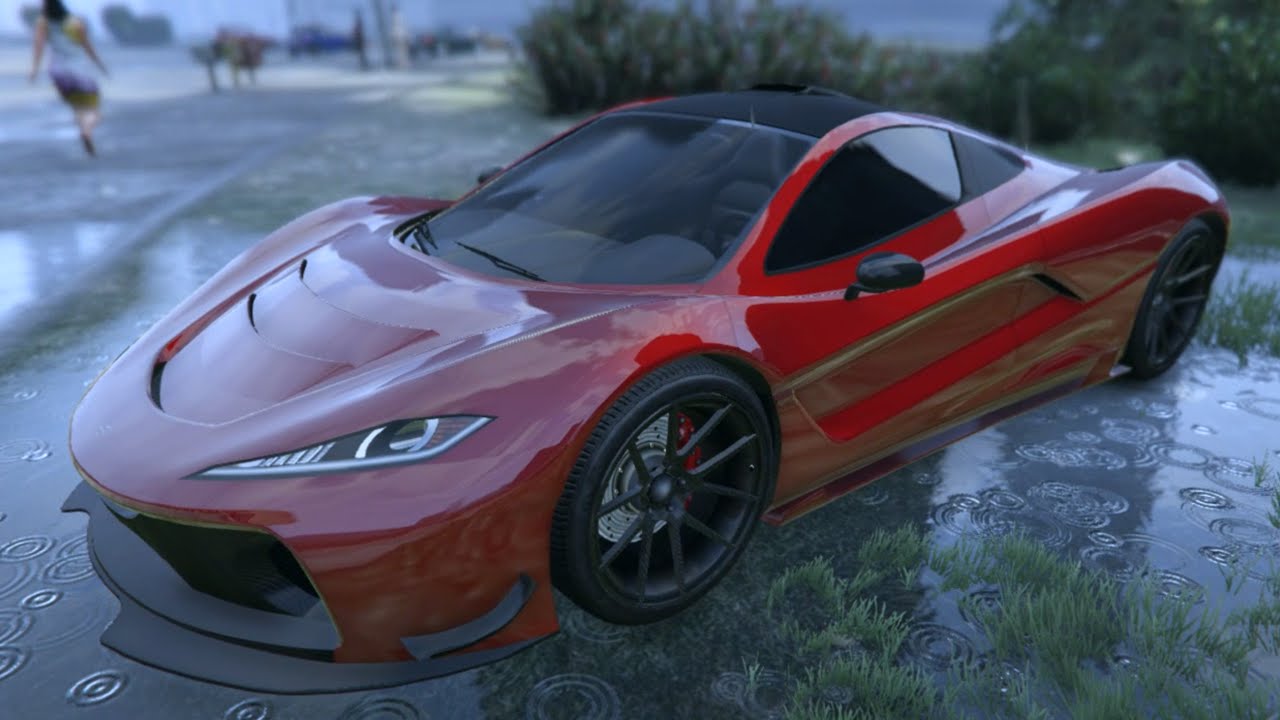 The Progen T20 was introduced with 2nd of the Ill-Gotten Gain DLC update in GTA V, and at the time topped the new Osiris. Progen is a relatively new car manufacturer in the GTA V world, and visually the T20’s overall body design is based McLaren P1, including the curvature of the hood, the rear lights, guards, fascia, and spoiler. The front headlamps and spoiler are similar to the McLaren 12.

Whilst, not the fastest supercar now, it still has a very good top speed and impressive acceleration. It has good handling with lane transitioning on highways, but can sometimes be a bit unresponsive in busy traffic. The fitted mechanical spoiler also adds functional benefit, with different positions for driving, braking, and idling.

The spoiler makes braking very responsive. When braking, the spoiler will tilt forwards and down, increasing the surface area hit by airflow and acting as an air brake to slow the car down quicker. Then the AWD helps the car accelerate almost instantly after stopping. The exact same V8 engine model is found in the Cheetah, Turismo R, Osiris, Reaper, and FMJ.

The XA-21 is a nice option for novice drivers due to its impressive acceleration and good handling. Its biggest benefit is the almost unrivaled traction and corner handing capabilities. It has a respectable, but not the outstanding top speed of 122.5mph, and weighs 1400kg. Some acceleration upgrades will definitely make it the car you can win races with though. PC Gamer places the XA-21 third for lap times.

Like the T20, the XA-21 features an active spoiler which aids in braking. It is a hybrid technology car, and you can select a V8 or V12 engine, but this only affects traction.

The Autarch – which means absolute ruler – is often referred to as the “baby Vagner”. It offers one of the most stable drives in the game. It is a highly competitive supercar heavily inspired by the Scuderia Cameron Glickenhaus SCG 003. Again it is not the fastest supercar out there, but its traction and cornering are superior. It came out as the winner in terms of drivability and placed 4th after the Vagner, the RE-7B and XA-21 in the lap times according to PC Gamer.